After a slow and difficult push, the Electronic Dance Music scene is exploding exponentially in the United States. Not long ago DJ’s were confined to dark rooms hidden from view and were looked down upon by most of the music community. Now they are the new rockstars and headliners; main stage and front and center. EDM is now a billion dollar commodity, but that in itself is not such a bad thing. I remember dreaming of the day I could live off of music, that is more possible now than it has ever been.

There are more opportunities to play our music, to get paid, and to make a name for ourselves doing what we love. How can anyone be mad about that? What’s the problem? Well…

Like any industry, when the money starts flowing in it attracts people that are after it as their priority. Add attention and fame to the mix and you can get a pretty nasty breed of person mucking up the works. At one time art and passion for the music was overwhelmingly the motive of DJs and producers (for promoters it is a little more debatable), but now we see more and more that money, fame, and less than admirable intentions are what drive a lot of people to our EDM world. The balance is shifting and the art of the music and the dance floor are suffering as a result.

Beat matching tech, gimmicks, and reliance on playing popular music have become the common definition of what a DJ does. It is no wonder that this seems like an easy source of money and fame. The truth of the matter is that these qualities are irrelevant to the art of the mix and in what makes a DJ worth seeing and worth the ticket price. To better understand, let’s take a look at some of the bigger complaints coming from the old-school and why the new-school should care.

It doesn’t take much digging to find out how old-school head DJ Sneak feels about these guys. He’s called them out for their showmanship antics, elaborate stage setups, and more importantly, for getting caught playing pre-produced sets and not actually DJing during their shows.

First of all it is important to separate the concept of DJ from producer, they are not the same thing. While I applaud these guys for their production skills and developing an accessible sound that attracts lots of people, this does not mean they have the right to charge massive amounts of money to see them press play while they jump around. This would be like paying ridiculous sums to James Cameron to jump around on stage while watching Avatar (actually maybe I would pay to see that). Seriously though, producers either need to put on a live show like Orbital, Daft Punk, Chuck Love, etc., or develop actual DJ skills before they step on stage. Unless, of course, you like paying a premium for gimmicks instead of music and talent.

**Disclaimer – I have seen Steve Angello of the Swedish House Mafia on his own play a great 8 hour set and actually mix, so I know he is at least capable, again it’s about what you are paying to see, demand more. I also know playing pre-recorded sets is nothing new and has been a ‘necessity’ now and then for DJ’s playing nightly on tour (not that I approve), but to use this as a default is unacceptable. 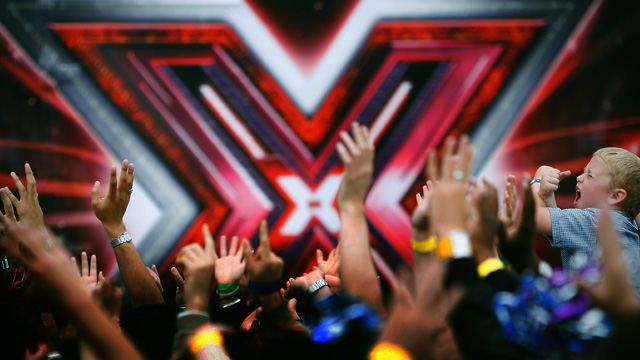 Now, in all fairness the verdict is still out on this one as we don’t really have all the details or what the contestants will be judged on, but based on Simon Cowell’s propensity to monetize talent it’s likely this show will do more damage than good. It will further push and expose people to the idea that DJing is more about the show than it is about the music and the art. At one point DJing was about bringing new sounds to the floor and making them hits, now DJ’s play the popular tracks to make themselves hits. They are glorified jukeboxes in fancy packaging with laser shows, not artists.

Just to be clear, I am not anti-showmanship. It’s all part of the bigger artistic package when done correctly, but there has to be art at the core. I am anti-showmanship to cover up a lack of talent. Hopefully this show won’t support that, but I am skeptical. We’ll have a better idea when the judges are selected.

I will try to keep the vulgarity to a minimum on this one. Remember not long ago when there was a bit of a scuffle with Paris and a certain house DJ because he wouldn’t play a hip-hop song? Remember all those top-40/hip-hop clubs she was frequenting (even when she wasn’t being paid to be there)? Remember how she has never once mentioned or was seen at any house related event until recent press surrounding her new boyfriend Afrojack? Now all of a sudden house music has always been a passion of hers? What does Paris Hilton and a cow’s colon have in common?

This is the epitome of jumping on the decks for the money and the fame bandwagon. Everything she has done to date has been because she saw it as popular and a way to be famous for the sake of being famous. Do we really expect to believe that passion and art will play any part in this catastrophe in the making? At least I have a new term to call people who aren’t DJing for passion and art. Paris Hiltons. Don’t be a Paris Hilton.

For all you music consumers out there, I appreciate you, I really do. I just want you to be an educated consumer. Know what it is your hard earned dollars are supporting. Be patrons of art, not ATMs for the money hungry.

You would be DJs, producers and promoters: Create art, don’t just press start. Contribute something to the world and to the people, don’t just look to take their money and attention. Let’s be amazing together.