Now that the great Format Wars of the last decade have been reduced to a few occasional skirmishes, fought with talking points tossed around by both sides, it would seem that, for better or worse, non-physical media is music’s destiny. Even with vinyl making a remarkable spike in sales over the last few years, it is unlikely that we will ever see a physical medium as the norm for housing music again. 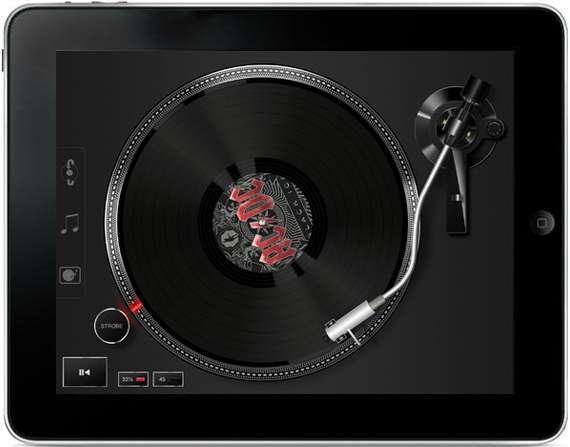 MP3s have forever changed the audio landscape; I mean what’s not to love about them? You can have thousands of songs and the only space they take up is virtual. You can email a song to a friend and they can instantly listen to it just about anywhere on a plethora of devices, and with a little know how and a short internet search you can gain access to just about any song ever made, for free. Considering how much joy the little buggers have brought to the world how could anyone possibly speak ill of them? Aside from, of course, the fact that you can’t ask an artist to sign an MP3.

Whether your music collection consists entirely of free downloads or you took the “moral high ground to support the efforts of the artist” and paid your dollar per song, the fact remains that there have been unforeseen costs with this format change that the $0.99 price tag doesn’t cover.

Music has been a consumable product ever since the very first mogul realized that he could record some music and sell it for a profit. MP3s have now taken things a step further and turned music into a disposable product. You can download a song you like (foregoing the entire album if you so desire), listen to it a few times and delete or forget about it as soon as the next hit song comes around. This mentality has caused much of the industry to become even more formulaic than ever in order to turn a profit. There is also less of a risk for labels now as productions costs allow them to throw whatever they can to see what sticks, effectively removing any filters of quality. No longer exists the mentality that you buy an album and treat it with more permanence. Picking out music carefully, intentionally, and spending money only on that which connects most to you. Most of the filtering on the consumer end is gone as well, now it is more a matter of ‘this sounds good right this second, buy it, bored with it, next’. This leads to people being less likely to become genuine fans of artists as they are building a short-term relationship with a song instead of a long-term relationship with an artist’s body of work.

This has become especially true for DJs. Once upon a time, good DJs tended to be a lot more selective about what they played, if not simply as a result of the cost alone. They would immerse themselves in the music, learning every high and low in order to work a carefully selected song into a set as a piece of the story they were telling and get the most out of that song as they possibly could. Records would continuously make their way in and out of the crate depending on the gig, some never leaving at all. Now DJs often buy a new set for every gig, exchanging most of the tracks in their set for whatever the most currently released version of their cookie cutter music happens to be that week. It is no wonder that so many DJs/Producers resort to putting so much attention on a stage and light show, it has become the only way to tell them apart and keep people interested since the music isn’t doing it anymore. In short, there is very little connection to the music anymore, which seems to ultimately miss the point of music in the first place.

There is no culture

While pop music has always been a part of the corporate machine and void of any substantial culture, dance music was on the fringe, in the underground and rich in culture. The culture is already suffering at the hands of the current transition to the mainstream and subsequent corporate takeover, but at an accelerated rate thanks to MP3s. Interpersonal exposure to music has become much more removed and impersonal. People may in fact be sharing new music more than ever, but really, the quality of sharing is greatly diminished. Sending a file to someone for them to listen to doesn’t have the same impact as people being in the same room and listening to it together, something much more common when music was shared via a physical medium. There is no way to truly gain insight and understanding of how a person sharing the music interprets and connects to the piece without being present. You aren’t just sharing music at that point, you are sharing an experience, which ultimately deepens the connection to a piece or artist.

Similarly, something important is also lost by way of no longer going to a music store to discover new music, specifically, interacting with people behind the counter or the other people that are browsing in the store. While ultimately music is deeply personal, we only expose ourselves to new music through a very narrow lens. Interpersonal connections play a very important role when it comes to music exploration and understanding, all the blogs, Kazaas, Napsters, and Pirate Bays in the world can’t replace that. It saddens me to think that there is an entire generation out there that has never experienced a boutique music store, being opened up to new sounds by someone who has an unmatched passion for all things underground and rare.

Most importantly, for DJs, with record stores came the ability to create a unique sound for a region and an individual DJ. A store would have a limited amount of space and copies of a track so both shop owner and DJ would have to be discerning about what to buy. While a few cities still have a reputation for focusing on a particular sound, the internet distribution of music has destroyed the possibility of a regional feel as more and more people have access to all the same music and end up playing the same Top 10 tracks. Unless you work for a record label or are good friends with a ton a producers and getting tracks before they are released, finding that secret weapon that is unique to your set/region is an impossibility. In fact, all anyone has to do now is hold up their phone during your set and they can instantly download any song you play.

Over all, the music industry has long been lost to the philosophy of quantity over quality. While labels have always been concerned with doing whatever it takes to achieve the highest sales numbers, that system is more prevalent than ever. And don’t be naive and think that music is popular or sells on its own merits alone, good music doesn’t magically fall into the awareness or the hands of the masses, that is just not the reality of the music industry. Record sales have migrated to individual song sales and the labels push individual songs more than albums or even the artists making them. Even worse, labels work harder to monetize songs via ad revenue from sites like YouTube than they do investing in the artist with any real A&R of legitimate value. An album now needs to be a compilation of hit singles rather than a complete piece of art with a one or two breakout singles. There is a reason you can go to a massive/festival and every song sounds the same, the industry is about selling a formula, one that can be duplicated and pushed on to the consumers for the maximum possible sales results. For independent music, digital retail sites like iTunes and Beatport are the only ones making any real money (a third or more of the sales) and they thrive through saturation even more so than the labels. There are no industry filters anymore, anything goes and the mentality is now ‘the more the merrier’ to increase the chances that they get something that actually sells well. In more ways than one, this makes the business side of Top 10 playlists even worse in that it perpetuates the must play mentality, if for no other reason than very few are willing put in the effort to dig through all the crap when ten popular songs are a few clicks of the mouse away. This ultimately prevents a lot of legitimate art from being heard and supported, further ensuring the monotony that is the dance music/Top 40 scene of today.

I’m not going to drudge up the thoroughly debated quality of digital vs analogue sound issue, as it ultimately doesn’t matter when people are primarily listening to music through earbuds, computer, and portable Bluetooth speakers. People, for the most part, don’t seem to care about the quality of sound anymore, otherwise they wouldn’t settle for MP3s (which by their very function down sample music and remove elements of the original sound) through their cheap headphones. This is already assuming it was originally produced at a higher quality to begin with, which for a lot of electronic music is becoming less and less the case. Again, it is no wonder that we are saturated with a bunch of formulaic sounds, produced by people with no understanding of proper production methods, and are bounced to an MP3 in order to be posted on a digital distribution site by way of their or a friends ‘label’. MP3s have helped considerably to make mediocre music acceptable and standard.

What it all means

Don’t get me wrong, I’m not asking you to dump all your MP3s in the trash but to rather, at the very least, just recognize that there are valuable aspects of experiencing music that are lost as a result of the format shift. If there is even a solution out there to regain what has been lost, we won’t find it until we first realize that there even is a problem. In the meantime there are always the well known and basic ways to help maintain a higher quality of music experience; support physical releases on CD or vinyl, support full albums, buy music and then actually listen to the music consciously from time to time instead of in the background while doing something else, learn the history behind genres and artists, interact with people and listen to music together in person, dig for music instead of looking at fabricated charts, and support independent, lesser known, and local artists. Let’s work together and make quality matter again.

73 thoughts on “The hidden costs of MP3s”