When I made the transition from the dance floor to the DJ booth in late 1993 I actually started out by playing CDs. The technology was in its infancy but I could get by. I even matched my first beats with my rudimentary front-loading players. I would like to say that I was predicting the future or that I was an early adopter, but the truth is simply that my all my music was on CD and I was just following the music. As my taste, the scene, and the music developed, I eventually turned to vinyl because that is where the music I wanted to play was.

I have always had a connection to the music; it was what was driving me to get out there as often as I could so I could dance to it and play it. Switching to vinyl brought that connection to a whole new level. I was literally touching the music, manipulating it directly. There was no middleman, no computer translating my manual labor from binary input into mechanical movement and sending it out as digital data. I was in direct contact with the music; everything was analog, organic, and real. I could hear it the instant it came in contact with the needle, whether it was connected to an amplifier or not. I could see the story the artist was telling, where the breaks and builds were. I could almost always tell if a track was worth my time just by the album art alone. It was special. Not only did it enhance my connection to the music, but it also enhanced my connection to life. Vinyl helped me gain a lot of insight into the world and into myself over the years and has taught me some very important lessons.

Anyone who has spent any time with a record player knows that as you move your finger closer to the center of a spinning record, the slower it travels. Though the physics makes sense, it is still something that can take the brain a moment or two to really wrap itself around. There is a lesson here: that your perspective can be limited to your position in life. The record is always moving as a whole (as is time, life, society, the universe, etc.) independently of you and your position, but how you experience it is always relative to where you are and what you are doing. It is easy to forget that there can be other perspectives that are accurately experiencing something that is completely different from our own, especially in light of the fact that we can only ever truly know our own. People will often make the mistake of going to an extreme and thinking everything is relative as a result, but this is not the case. Even if we have a truly accurate understanding of what we perceive (which is more uncommon than we like to admit), it is usually only a piece of the whole. Very rare is it that we can fully step back far enough from a perception to see the record moving as a whole, and never can we remove ourselves absolutely. We can, however, do our best to understand other perspectives, which is always a good way to get a clearer picture of the planet that we are all spinning on as a whole. 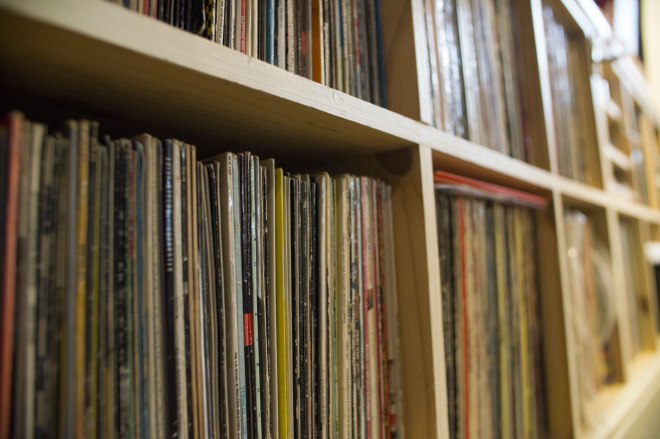 Many a philosopher has claimed that true happiness comes from the effort that one makes as opposed to the end result of that effort. I have to agree. When I have a good night behind the decks, when I am really working hard and the crowd gets it and is connected to everything I am doing, it is like a drug. The amounts of serotonin, dopamine, and adrenaline that are released in my body are so high that I have a mild depression from the come down after the experience a good night. It is in the doing that I find the happiness, not in the done. Even the prep work before the gig has a kind of happiness attached to it. From the process of digging through track after track just to find the right one to feeling the full weight of the crates as I lug them to the venue. Just to be clear, I am not saying there is no happiness in a job well done, just that there is no real or meaningful job well done without actually enjoying the effort it takes to get there. One must learn a lot of patience, stamina, and drive in order to even begin to know what hard work is, but it is worth it a hundred fold. Passion truly is when you enjoy the effort more than the result.

Nudge a spinning record too hard or too soft while you are riding a mix and you will quickly learn the value of moderation. My experiences in the DJ world have forced me to face the value of temperance as a virtue time and time again. Whether I am over-thinking or not paying attention, drinking too much or not enough, playing too hard or too soft, moderation is always key in just about every aspect of DJing, from the business to the art to the pleasure. Just as in any part of life, playing to an extreme may bring pleasure, but it is short-lived and the pain that follows usually out weighs that pleasure. I have really come to understand that longevity in anything requires moderation. For the most part people understand this concept but so few actually incorporate it into their daily lifestyle, despite professing otherwise. More often than not people push something to an extreme until they burn out or experience some major negative effect. They then pull back and say they are living a moderate life. This is not true temperance. Temperance requires active restraint to prevent an extreme in the first place. Over-working a mix into a train wreck and then correcting it is not temperance, restraining oneself and preventing the train wreck in the first place is.

Mixing vinyl, especially songs that were recorded with a live drummer, require a tremendous amount of focus. Sometimes this is easier said than done when you have lights flashing in your eyes, people dancing all around you, yelling in your ears, sub par equipment that does not stay consistent, or any one of a number of territory common distractions. Focus is something a DJ needs to survive. Presence is something a DJ needs to stay happy. I have learned that my best nights are the ones when I take that focus and evolve it to a point where I have truly let myself go and I am completely present in the moment, in the mix. I am aware of the lights, the people, the yelling. Not just aware, but using those things, incorporating them into what I am doing, the music I am playing, and the way I am playing it. I never plan a set because how can I really plan for a moment I am not yet experiencing? Every moment is different so every set is different. We only ever really have whatever moment we are currently experiencing, yet, so rarely are we actually truly present within that moment. It can be difficult to avoid being stuck in thoughts of moments past or of those yet to come, but life opens up in wonderful new ways when you pay attention to the moment you are currently in, when you enjoy what you are doing at this exact moment. Of all the wonderful things that vinyl has taught me, knowing how to be present in this one and only life that I have and to truly be a part of the world around me is by far my most favorite, as well as the one I am most grateful for. 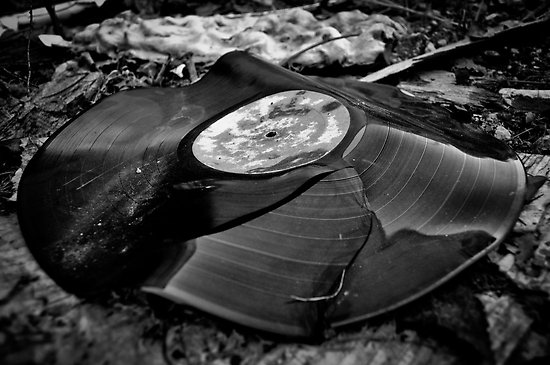 I know this is preaching to the choir for those of you that have a history with records, but I think it is important to remember whatever lessons vinyl may have taught you and, in general, the positive effect that vinyl can have on the music and the artist. Those of us that were there for the beginning and early years of the dance music scene know that the we as a whole have lost our way in many respects. The life and soul has been diminished in so many ways, much of the art has been replaced by automation. The passion for the music has been replaced by passion for wealth and fame. We of the old school have failed the new school by not impressing the connections that brought us into the fold to begin with. It is important for those of us that know the value of vinyl to share with those that only see it as an outdated and cumbersome medium. To share with those that have never been exposed to anything but the digital and that are far removed from the direct analog magic that is near and dear to us. I encourage you to take part in the re-revolution and help keep the education going.

8 thoughts on “What spinning vinyl has taught me”