There has been a lot of writing (including our own) about the ‘clowns’ of the industry and the damage they cause to the dance music scene by way of their shenanigans, ghostwriting, overpriced ticket sales, lack of respect, lack of general talent, so on and so forth. However, there is a bigger problem that these so called celebrity DJs and producers are facilitating: the bifurcation of pay amongst dance music artists. There is an ever expanding gap between the DJs that get paid tens to hundreds of thousands of dollars per gig and those that are lucky to get offered a gig for anything more than “good exposure”. A gap that will only get worse as corporate entities become more and more involved with dance music. 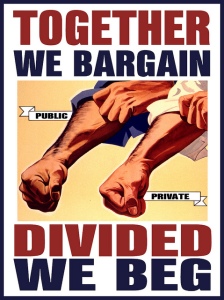 Advances in technology and automation as well as the ever dwindling price of gear and music have created a level of access that has made it easier than ever for anyone and everyone to call themselves a DJ. Combine this with the pop culture spotlight that is increasingly shining down on our once intimate world and we have the homogenization and saturation of DJs and producers that plagues us today. A plague that has no comparison to any other genre of music, and this includes the 80’s and 90’s when everyone picked up the guitar and called themselves a rock musician or stood in front of a microphone and called themselves a rapper.

The end result of this saturation and homogenization is a detrimental bifurcation of pay,  causing the middle class DJ to disappear, which is on par with what is happening to the rest of the American population. Many argue that it is simply a case of “the cream rising to the top”, but for those that factor in corporate involvement, investments, marketing, saturation, access, ghostwriting, celebrity DJs, and a multitude of other factors, know that it is very rarely the case that someone rises to the top of the financial ladder just because their music is the best liked. When it comes to the big money in the music industry, many hits are more a product of marketing success, investments, and heavy exposure/repetition campaigning than a result of something being simply the best liked.

On one end of the spectrum an elite few find support by way of investment and promotion that gets them heard by the masses. On the other end, a flooding of entry level DJs who want a shot at the new celebrity status that has been bestowed upon the namesake flood the market and are willing to work for very little pay, or for that all time favorite perk offered by seasoned promoters and club owners, good exposure. Naturally this is a better financial move on the promoter’s end, but this reduces the opportunity for all DJs as there is now a flood of local or regional talent that is satisfactory enough, at least until the headliner comes on, and ultimately removes any need or desire to pay for the expenses and fees that come from more seasoned talent that may or may not be from the region. It also puts the promoter into a position to move on to the next freeDJ as soon as the first one starts asking for more than just good exposure, which is bound to happen.

This is just one area where a union could come in handy, to not only protect the DJ but the longevity and quality of the dance music scene as well. Further, if the union was able to develop into something that even remotely resembled the Screen Actors Guild, (the longest running and most successful entertainment union) DJs that didn’t make millions of dollars throughout their career could feasibly have access to emergency funds, medical insurance, retirement options, and a wealth of other benefits and protections.

How it could work

There is no question it would take a tremendous amount of work, organization, and coordination. There is no question that there would be a tremendous amount of push back from venues and promoters. But, with some support from a few of the major players it could actually be quite achievable. We would first need the support of promoters like Pasquale Rotella (Insomniac) and headlining performers like Joel Zimmerman (Deadmau5) to support the union. I call them out specifically because on more than one occasion they have either expressed their love of the scene or their hatred of the garbage it has produced, I’ll let you figure out who said what.

Once a few of the larger venues and artists joined it would naturally start to trickle down to the smaller ones.  Venues would still have the option to use non-union talent, but would’t have access to the headliners and DJs that were in the union unless they could show that they met a booking quota of union talent. Benefits wouldn’t be one-sided, the union could help mediate contract disputes by either party, impose sanctions or fines to violations, and in general, help raise the bar in terms of performance quality.

Aside from membership dues, a certain amount of live show experience could be required to join the union. This wouldn’t prevent anyone starting out from getting gigs, but rather help screen and filter out those that aren’t serious about taking the DJ path as a career, this would ultimately help alleviate the over-saturation in the market. By following much of the system set up by SAG, we could help protect the talent and help relieve some of the saturation that has caused way too many cases of seasoned and talented DJs being asked to play for exposure. 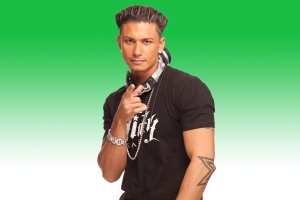 Why it will probably never happen

As realistic as unionizing may be in theory, in practice it will likely never happen. The two biggest proponents being greed and ego. Venues and promoters are often short-sighted when money is involved. In part because what is popular can change nearly instantly or they work from event to event and they want to keep the revenue flowing, and in part because they want the maximum profit immediately and don’t want to give up those free, exchange for cover and drink tickets, or $50 DJ slots.

Despite much of the unity and togetherness that is promoted within the consumer-side of the scene, the industry-side is rife with competition. DJs are generally not in the habit of helping one another out, unless they clearly see a greater benefit. Despite all the benefits that they would receive from being unionized, it is not unreasonable to think that when something like a call to strike occurred that there would be too many DJs that saw it as their chance to stand out or make a quick buck, rendering any strike meaningless.

Just keep this in mind: unionization has a proven track record for entertainers like TV and film actors, shouldn’t we have the same protections and benefits?