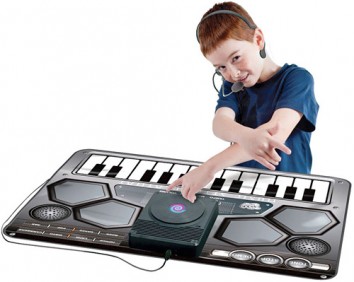 I’m not opposed to change by any means. Change is crucial to life and growth.  It’s just sad when valuable perspectives, experiences, and lessons get lost as a result.

There is a lot of discussion in dance culture around vinyl vs digital, cd vs laptop, mixing vs programming, etc etc.  Those who embrace the new defend it, those who have mastered the past defend it, insults are thrown, pride is put to the test, but most importantly, there is a key discussion being ignored.

For those of you who are too new (and by new I really mean anyone in the scene for about 15 years or less) to really have experienced the history of the dance culture and electronic music scene there are some things you need to understand (don’t worry I have some words for the old-timers too). 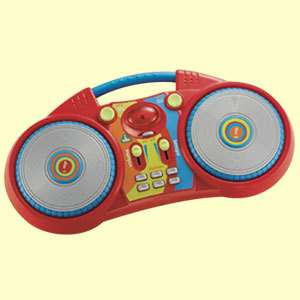 Most of us in the early years of the scene had to constantly fight. We had to fight for space, for sound, for music, for a voice, for validity. Many of us didn’t even know we were fighting, we were just deeply connected to the music and had to express it, whether making it, playing it, or dancing to it. It was even a fight just to get the music.  It was expensive, limited, and you had have the hook-up to get the choice new releases in your area before someone else did.

The music was a necessity for us, the very essence of us. We were mocked, we were told it was garbage, it wasn’t real music, that it was a passing fad.  Because we were so connected to the music and identified ourselves through it, this meant they were calling us garbage.  We banded together, we built communities, philosophies, and we danced our asses off because it was who and what we were.

Every record was special, it was a weapon in the battle for validity.  Every scratch, imperfection, and skip was a memory of a party, an experience, a good time, a bad time.  We didn’t replace our music every week, we played it until it wouldn’t play anymore.  And even then we might try to play it a couple more times hoping that it had somehow magically healed itself through our pure love of the song. Long story short, we weren’t just connected to the music, we were the music.

Things are different now. People interact with the music differently, they relate to it differently, they express it differently.  There are a lot more people in it for money and fame as opposed to the pure need to express and connect with the art. Because of the foundation that was built, there isn’t nearly the fight for validity there once was (proven by the fact that dance music is in the top-40 mainstream).  There is a mass consumption of a product that we spent decades forced to keep underground.

This is something the old-timers need to recognize beyond the obvious.  These newbies aren’t connected to the music they way we were/are. They aren’t seeing the house built from the ground up, they are inheriting the family property. That’s not to say it is better or worse, just different.  We fought so they didn’t have to, they explore new ways to express it, some good, some bad, some down right insulting to those of us who have spilt blood, sweat, and tears. We can’t expect them to get out of it what we did because they aren’t building the scene, they are inheriting the scene.

The discussion should not be about what equipment they express on, or what medium they use, but rather do they have talent at what they do?  Is there effort, art, passion, connection, and most importantly, respect? That is what is important here. Are they pressing play or are they creating art? We old-timers can learn some new tricks from you newbies, and newbies we can show you some foundations and perspective that make this meaningful and an art form, not just a revenue stream or a way to get laid.

The reason I implore all of us to switch the focus of the discussion is because we are at a delicate turning point in our culture.  As something becomes consumed on a mass scale, there is danger of that thing being consumed to its extinction.  How many forms of music, fashion, art, etc., have been destroyed because it was over-consumed and the meaning, art, and specialness were forgotten and lost?

I love this music, these people. I want it to last as long as possible.  I want it to remain a meaningful culture.  Not just some ‘in’ product that will be thrown to the wayside because it becomes a gutted shell. Let’s keep dance music a meaningful art form, a culture with a rich history and that focuses on talent and passion.  Being in the top-40 realm isn’t inherently bad, but unless we maintain a level of quality, an understand of the roots, and pure connection to the passion and art of our culture, we will lose it. And rightly so.

23 thoughts on “Analog vs Digital vs Digital: Are we killing our dance culture?”